Dictionnaire des Arts Décoratifs c1902 by Czech Painter Alphonse Mucha (1860 – 1939); as well as an accomplished Illustrator and Graphic Artist who was a major force of the Art Nouveau Period; known for his stylized, ornate and decorative theatrical posters.

This is a beautiful an colorful art nouveua illustration of a young redhead with large green and red flowers protruding from her hair.

She is in a seated position leaning forward with her left forearm resting on her raised right thigh, with her left hand holding a writing pad over her thigh.

Her right thigh is also supporting her right elbow that has her right forearm bent upwards and her hand holding a green quill pen.

She is wearing a lavish green full length dress with reddish accents toward the lower portion, that has folded shoulder padding and chain jewelry hanging off her right shoulder; and on the lower part of her dress on the right we see similar accents; while in the chest area on either side are fan like designs, and along the waist a large blue sash.

In the background is a large multi-concentric disc, which is comprised of additional circles and rings; and along the outer most ring, there are 14 large circles that have wing like spears within them.

At the top are the words Dictionnaire des Arts Décoratif set against a blue gradient background and along the bottom additional wording, indicating what the illustration represents approximately 600 engravings done by Paul Rouaix (b1850 – d?); that are published by Montgredien & Co Librairie Illustree and the company address.

The original book illustration is very basic as compared to the poster illustration in that it is set against a dominating yellow base, green flowers in her hair, pink dress, grey-blue sash and green book.

I accented the piece by creating an embossed looking metal frame with a teal blue background for a more eye capturing art nouveua piece.

This is a remastered digital art old masters reproduction of a public domain image that is available as a canvas print online.

Alfons Maria Mucha July 24, 1860 – July 14, 1939), was known internationally as Alphonse Mucha. He was a prominent Czech painter, illustrator and graphic artist, living in Paris during the Art Nouveau period, and is best known for his distinctly stylized and decorative theatrical posters, particularly those of Sarah Bernhardt.

He produced illustrations, advertisements, decorative panels, and designs, which became among the best-known images of the period.

In the second part of his career, at the age of 43, he returned to his homeland of Bohemia-Moravia region in Austria and devoted himself to painting a series of twenty monumental canvases known as The Slav Epic, depicting the history of all the Slavic peoples of the world, which he painted between 1912 and 1926.

In 1928, on the 10th anniversary of the independence of Czechoslovakia, he presented the series to the Czech nation. He considered it his most important work. It is now on display in Prague. 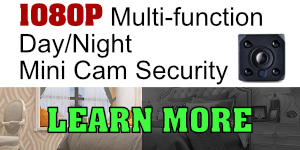