A classic portrait of two young beautiful Venetian women posing in front of a brick wall as one of the ladies intently gazes over at something in the viewers direction and the other looks at her saying something.

He was born at Albano, near Rome, to a Tyrolean father and Italian mother. His father Karl, also a painter, was his teacher. His mother, Agnesina Auda, was a well-to-do Roman woman. The family moved to Venice when Karl became Professor at the Academy of Venice. He often painted scenes in Venice, but also portraits and religious paintings.

Among his works are La forma nuziale in sacrestia; La tombola in Campielo a Venezia; Una scena di burattini in un educanciatu; and La Ninetta. The art critic Luigi Chirtani, when the painting was displayed at the Mostra Nazionale di Venezia, described it as Beautiful, flattering, pretty, caressed, cleaned, polished, laundress in a painting by Mr. Blaas, the favorite portraitist of great Venetian aristocrats, dressed in gala satins, shining jewelry, hairstyles of the rich.

His colorful and rather theatrical period images of Venetian society, e.g. On the Balcony (1877; Private Collection), were quite different compared to delicate pastels and etchings of the courtyards, balcony and canals of modern Venice.

Eugene de Blaas’ paintings were exhibited at the Royal Academy, Fine Art Society, New Gallery and Arthur Tooth and Sons Gallery in London, and also at the Walker Art Gallery in Liverpool 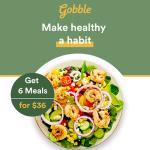 We use cookies on our website to give you the most relevant experience by remembering your preferences and repeat visits. By clicking “Accept All”, you consent to the use of ALL the cookies. However, you may visit "Cookie Settings" to provide a controlled consent.
Cookie SettingsAccept All
Manage consent

This website uses cookies to improve your experience while you navigate through the website. Out of these, the cookies that are categorized as necessary are stored on your browser as they are essential for the working of basic functionalities of the website. We also use third-party cookies that help us analyze and understand how you use this website. These cookies will be stored in your browser only with your consent. You also have the option to opt-out of these cookies. But opting out of some of these cookies may affect your browsing experience.
Necessary Always Enabled
Necessary cookies are absolutely essential for the website to function properly. This category only includes cookies that ensures basic functionalities and security features of the website. These cookies do not store any personal information.
Non-necessary
Any cookies that may not be particularly necessary for the website to function and is used specifically to collect user personal data via analytics, ads, other embedded contents are termed as non-necessary cookies. It is mandatory to procure user consent prior to running these cookies on your website.
SAVE & ACCEPT
wpDiscuz
0
0
Would love your thoughts, please comment.x
()
x
| Reply